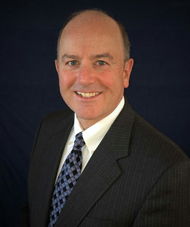 Mr. Iuliano was born in Fitchburg, Massachusetts in 1963. He received his bachelor's degree in political science from Fairfield University in Fairfield, Connecticut in 1985, graduating as a member of the political science honor society and serving as a justice on the student court. He was an awarded member and Captain of the Defense Backs for the Fairfield University Stags Football Team. He received his Juris Doctorate from The Ohio State University, College of Law in 1988, and was on the staff of The Ohio State Law Journal (1987-1988). He was the Treasurer of the Student Government. He was admitted to the Illinois Bar in 1988 and the California Bar in 1991. He is also licensed to practice in the United States District Court for the Northern District of Illinois and for the Southern District of California.

From 1988 to 1991, Mr. Iuliano was an associate with Johnson & Bell, Ltd., in Chicago, Illinois. At Johnson & Bell, he gained wide experience in defending at trial, both as a lead and secondary defense counsel, claims for medical malpractice, automotive liability, product liability and premises liability. He also defended false imprisonment, assault and battery, slander and other claims against retailers. While practicing in Illinois, he authored the published article 'Adequacy of the Duty to Warn.'

From 1991-2017, Mr. Iuliano was a member of Belsky & Associates, becoming a shareholder in 1999. He has tried and arbitrated 30 cases. Mr. Iuliano has successfully defended hospital and provider malpractice claims with exposure in the millions of dollars; surgical malpractice; failure to timely diagnose and treat; wrongful death; wrongful birth; elder abuse; DES class action litigation; dental malpractice; psychiatric malpractice, including Tarasoff and reverse-Tarasoff claims; medical board actions; drug manufacturer liability; and nursing home liability. The cases he has successfully defended also included allegations for punitive damages. He has also successfully defended tribal sovereign immunity claims in state and federal court. He also has experience in handling general premises liability cases, small claims appeals, and writs and appeals to the Fourth District of the California Court of Appeal. Finally, Mr. Iuliano has experience representing insurance companies in prosecuting and defending subrogation claims.

Mr. Iuliano has lectured on various medical-legal issues to health groups and managed care organizations. Mr. Iuliano serves as a judge pro tempore for the San Diego County Court. Mr. Iuliano is also rated AV by Martindale Hubbell, its highest rating for attorneys. Mr. Iuliano is recognized as a Top Lawyer for 2017 by San Diego Magazine.