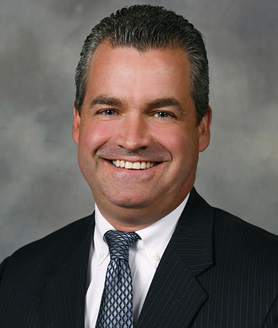 Mr. Finlay won numerous awards at the state and national level as a speech and debate competitor. His success was highlighted by finishing third in the nation in 1988. Additional honors include selection as a member of the USD Appellate Moot Court Board, and selection to the National Moot Court teams; Order of the Barristers, winner of the First Year Appellate Moot Court Competition; and American Jurisprudence award in Advanced Trial Advocacy.

Mr. Finlay was an associate with the firm of Bonne, Bridges, Mueller, O'Keefe & Nichols, specializing in medical malpractice defense for 18 months. In 1994, he joined Davis, Grass, Goldstein & Finlay where he continues to concentrate in the defense of healthcare providers. Mr. Finlay is an experienced trial attorney, who has received defense verdicts in all but one case.

Mr. Finlay is also a frequent speaker on issues related to the defense of healthcare providers.