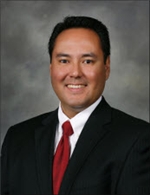 Richard V. Zavala received his Bachelor of Arts from McGill University in Montreal, Canada. He then attended Whittier Law School in Costa Mesa where he received his J.D. Mr. Zavala was admitted to the California Bar in 2002. Mr. Zavala is also licensed to practice before the United States District Court, Central District of California and the United States Court of Appeals for the Ninth Circuit.

Prior to joining Davis-Grass in 2007, Mr. Zavala worked as an associate with the law firm McNeil, Tropp, Braun & Kennedy where he gained trial experience in the area of medical malpractice. Other areas of practice included general liability and Admiralty law. Previous experience includes working as an associate at Carroll, Kelly, Trotter, Franzen & McKenna. Prior to attending law school, Mr.Zavala worked for the State Department on assignment to the International Civil Aviation Organization in Montreal, Canada.

Since joining the Davis Grass firm, Mr. Zavala has tried numerous cases to verdict. He has also defended physician and nurse clients against accusations filed by the California Medical Board and California Board of Registered Nursing. Mr. Zavala has also given presentations to nurses and physicians on topics including the legalities of documentation, and EMTALA.