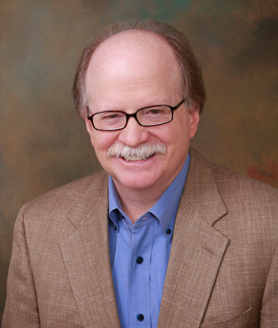 Jeffery W. Grass is a managing partner and the senior trial attorney at Davis, Grass, Goldstein & Finlay . Mr. Grass received his B.A. from Western Washington University in 1980 and his Juris Doctorate from Southwest University School of Law. Mr. Grass was admitted to the California Bar in 1983 and to the Washington Bar in 1986. Mr. Grass is also admitted to the U.S District Court, the Ninth Circuit Court of Appeals and the United States Supreme Court.

Mr. Grass began his legal career as the personal legal assistant to Kenneth C. Tyler, Vice Chairman of the Board and General Counsel of Farmers Insurance, at the time. Following Mr. Tyler's retirement, Mr. Grass redirected his practice toward litigation and has been representing healthcare providers since 1984. Mr. Grass has had 90 jury trials and has obtained defense verdicts in catastrophic injury cases, including birth injury, with exposure in the millions of dollars, cases alleging elder abuse, patient dumping, wrongful death, wrongful birth and allegations of punitive damages. Mr. Grass has successfully defended allegations of wrongful employee discharge, and has obtained verdicts in both civil prosecution and criminal trials. In addition to having represented numerous physicians at trial, Mr. Grass has represented nearly a dozen different hospitals in trial. Mr. Grass regularly represents physicians before the California Medical Board and in administrative proceedings.

Another publication authored by Mr. Grass, which has been cited by other authors and extensively in annotated codes, is found at Grass, Drunk Driving Murder and People v. Watson; Can Malice Be Implied? 14 Southwestern Law Review 477 (1984). A follow-up editorial addressing the same subject authored by Mr. Grass appeared in the March 17, 1988 edition of the Los Angeles Daily Journal. Mr. Grass also authored the Model Punitive Damages Statute in 1984 as part of his work with Farmers Insurance. Parts of the model statute were introduced and passed in several states.

Mr. Grass is also an occasional speaker on medical-legal issues.