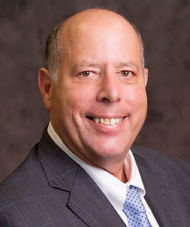 Mr. Benrubi then served active duty in the United States Navy Judge Advocate General's Corps, and was a trial defense counsel and trial prosecutor at the Naval Legal Service Office in Pearl Harbor, HI. Mr. Benrubi tried 14 Courts Martial cases to verdict before military member juries while stationed at Pearl Harbor. He completed his tour of duty as the Staff Judge Advocate on two submarine squadrons and the complement of 22 submarines at Naval Submarine Base Pearl Harbor. Mr. Benrubi completed his active duty service in the U.S. Navy JAG Corps in 1987. Mr. Benrubi continued to serve in San Diego after active duty in the United States Navy Reserve.

Mr. Benrubi then became an associate at Dyer & Walton in San Diego in 1987. In 1989 Mr. Benrubi joined Sulzner & Belsky, which later evolved to Belsky & Associates in 1992. Mr.
Benrubi became a shareholder with the firm in 1998. Since 1992 Mr. Benrubi has concentrated his practice on the defense of healthcare providers and institutions in lawsuits for medical malpractice, elder abuse and California Medical Board proceedings. He has successfully tried jury cases to verdict and has successfully argued cases in the Court of Appeal. In addition Mr. Benrubi has represented clients in business and commercial litigation matters.

Mr. Benrubi was admitted to practice Law in California in 1983 and has also been admitted and has represented clients in the United States District Court for the Southern, Central and Northern Districts of California. Mr. Benrubi is also a longstanding member of the San Diego County Bar Association, San Diego Defense Lawyers, Association of Southern California Defense Counsel and SCHARM. Since 2012 Mr. Benrubi has been on the Board of Directors of San Diego Defense Lawyers and is currently Secretary of the Executive Board of that organization. Mr. Benrubi is rated AV Preeminent in Martindale Hubbell and has been consistently listed as a Top Lawyer in the San Diego Magazine and other publications.